Skip to content
I began this portrait of Damiano at the same time as the Portrait of Isabella. I used the same process and techniques, but for many reasons, this small scale oil painting proved much more challenging in so very many ways.
Let’s start from the beginning. I created this very quick profile sketch from life last year.

Here is how the image developed. First, with a colored ground, then an underpainting of the darks, Then the monochrome tones, and finally the color and texture. I didn’t photograph every phase, but these three images give you a good idea of the progression.

In these images, you may pick up on some of the technical difficulties. My initial intention was to use a light blue background with darker blues on the left, into which the facial features and hair would blend — just like I did with Isabella’s portrait. I wanted to have intense focus on the front of the face, and a partial and loose handling of the rest of the image. …but in Damiano’s case, it just didn’t work. The short, light hair and fair skin proved too great a contrast to a vibrant blue. So, I tried flipping the tones, with the dark blue to the right and the light blues blending into the skin. A little better, but now Damiano had a cloud over his head. Finally, I decided to stick with the skin/hair tones and just make them less defined toward the left. This was the winner.

You’ll also notice the changes in details in the various stages: I needed to add the full hear of hair, because with his cropped cut, a general coloring would give him the appearance of a plastic doll. The ear, which was originally left out, was sorely missed (especially by Damiano, who was very concerned that he had no ear at this stage). The balancing of colors was very delicate on his very light skin: too much red in the cheeks gave him a sunburn, too much blue made him look freezing.

There was a lot of thought and revision that went into this image. However, I have to admit that it was not at all frustrating. I think that the final painting has much more depth and interest because of it. 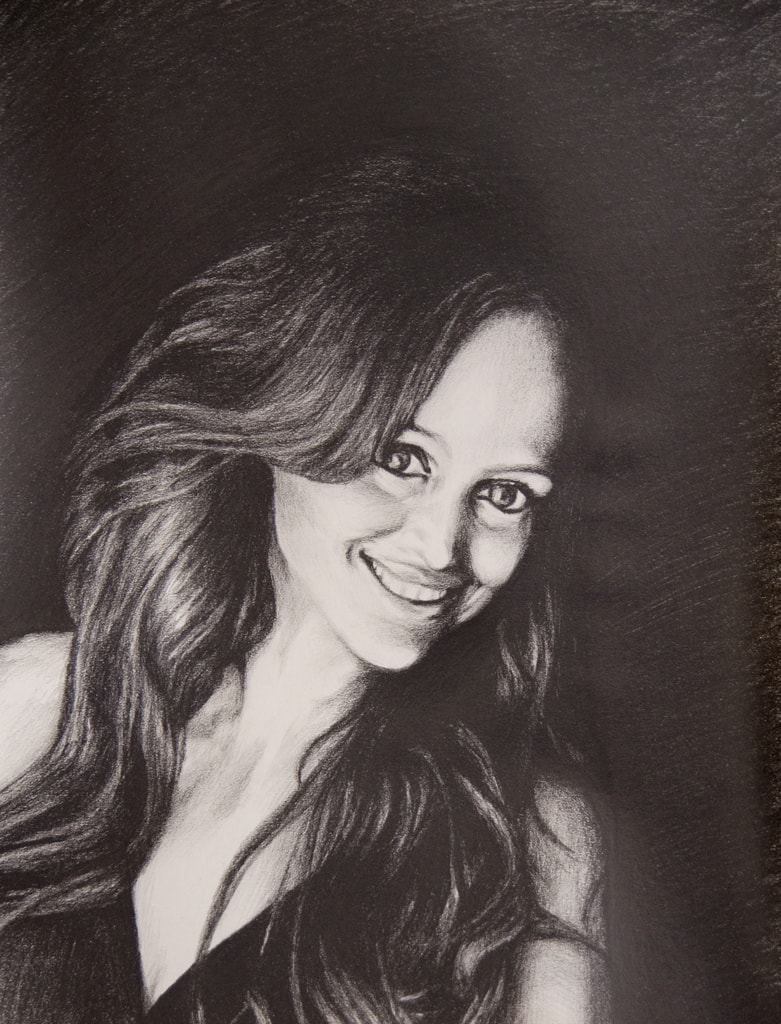 I had the great pleasure of meeting Esraa while teaching art at the American School in Egypt. Not only is she drop-dead […] 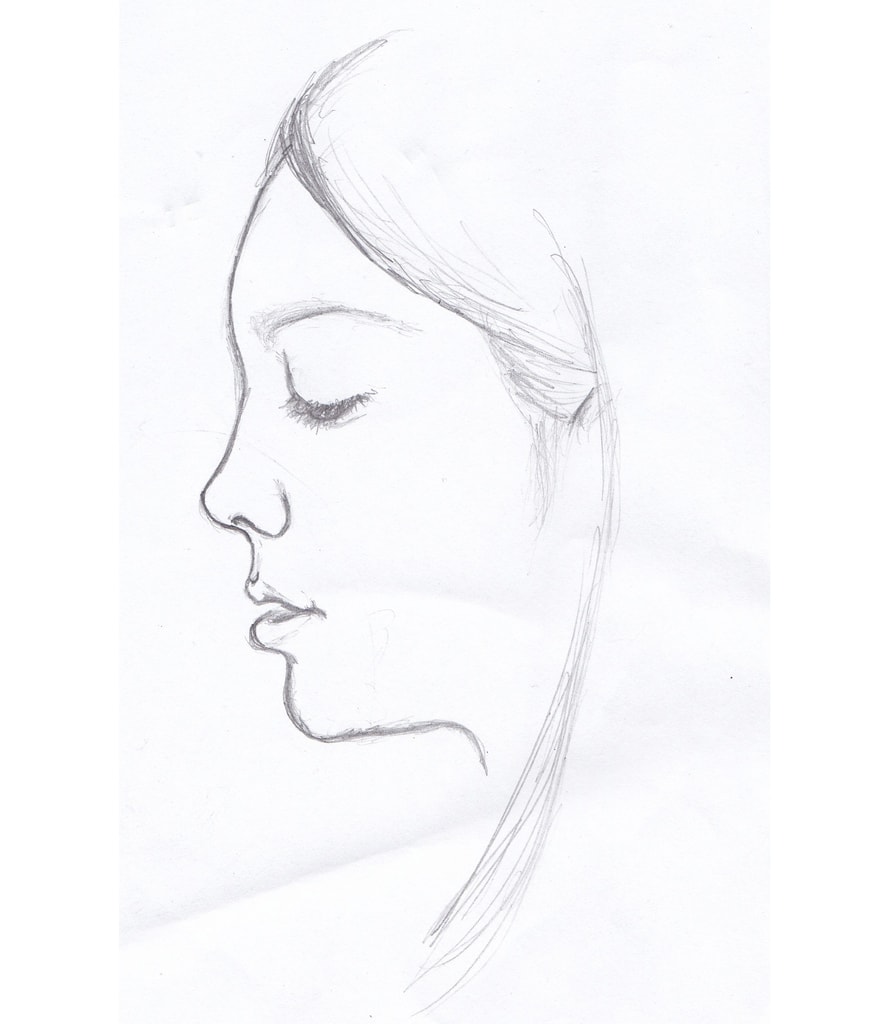 The secret of getting kids to sit still? Ask them to draw you a picture. I made these quick sketches of my […] 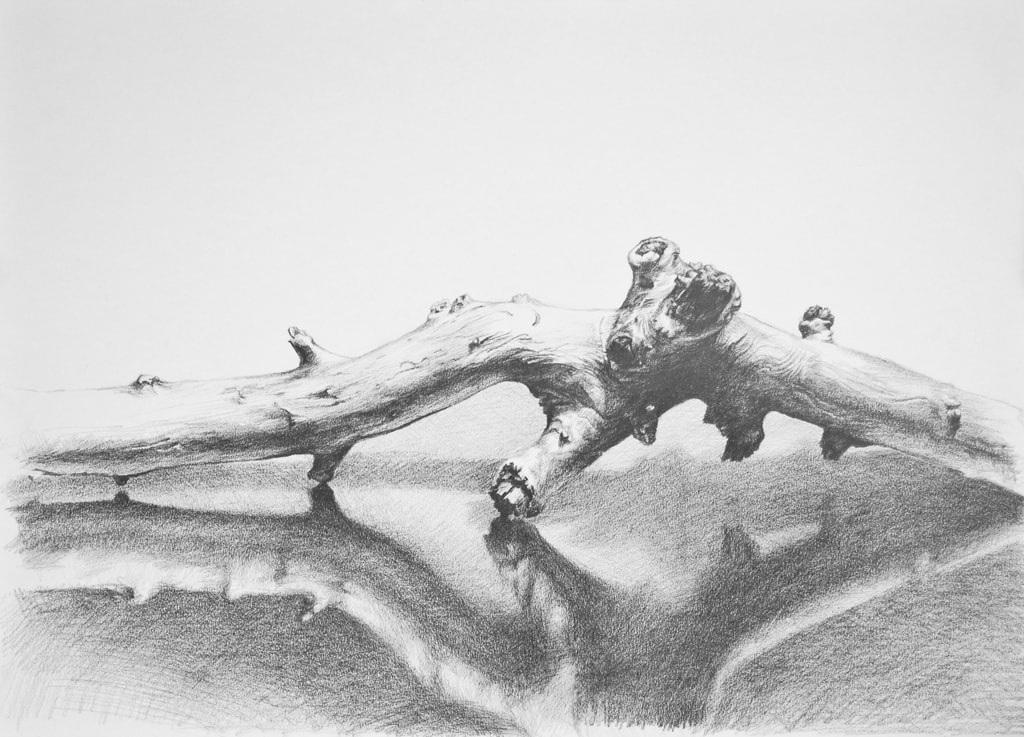 A snowglobe from New York City, a beret from Paris, a water canteen from the Grand Canyon. When most people think […]

This drawing took a while to finish… partly due to the size, scale, and complexity of the subject (eyes), and partly because […]

The artwork, tutorials, and images contained on this site, unless otherwise noted, are the property of R. Palesca. If you would like to use or reproduce them in any way, you must include a quote and/or image credit and hyperlink to rpalesca.com. Images may not be edited or used for commercial gain.